It's been many years since I've planted Morning Glory seeds, but a couple days ago I planted these. The magenta/white ones are called Split Personality because of the soft splits between the petals. The pale pink and violet colors of Blossom Star appealed to me, too. Also planted the Heavenly Blue which will have extra large flowers. 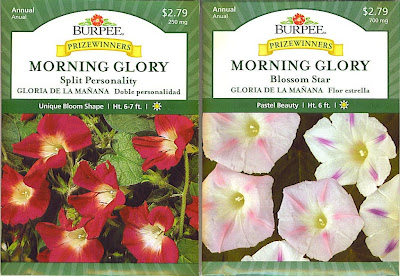 I'm off this morning to take my Dad to a doctor appointment and to do a little shopping with my mother. Took this picture of them a couple weeks ago when I was at their house. June 6 (D-Day) will mark the 65th anniversary of the Normandy Landings. My dad was among those brave young troops who made that dangerous amphibious landing in 1944. The operation was the largest single-day amphibious invasion of all time, 160,000 troops. I sometimes mention this fact to his doctors to remind them that my Dad wasn't always old, that he was once young, strong, brave, and good and needs to be treated with respect. He still is strong, brave and good and I love him. My parents are both good Americans. 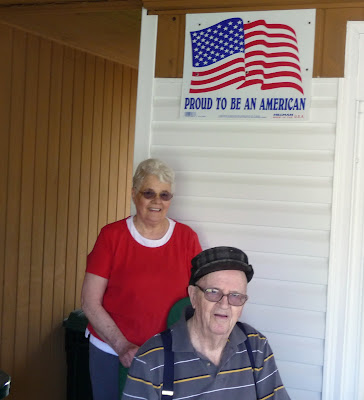