Last Sunday when we were driving home from Wisconsin Dells, the combination of being out late the night before, enjoying a big lunch and the warm sun shining in through the car windows made us feel sleepy. What better place to find peace and quiet for a nap than a small town cemetery. 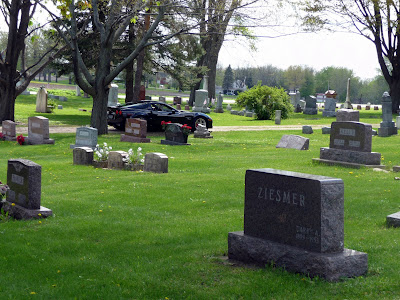 My honey husband fell asleep almost immediately but I was curious about the stories I might find if I walked around visiting grave markers and I wasn't disappointed.
I guess back in 1875 the deceased wife of Amos Partridge didn't have a first name. That bothers me because, of course, she had a first name. 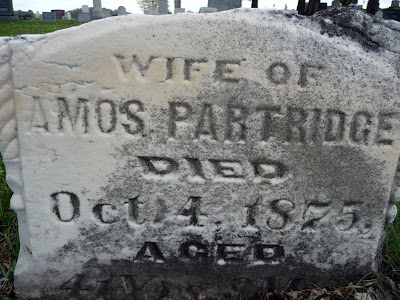 Many of the grave markers from the 1800's gave the age at time of death in years, months and days. 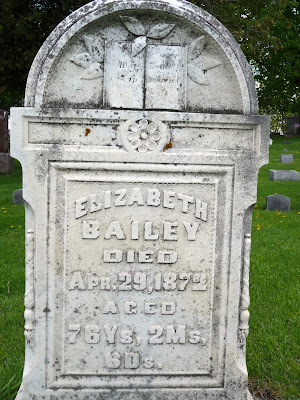 I couldn't help but wonder about the headstones that were damaged. How long had they been that way, how did it happen and why didn't anyone try to put them back together? 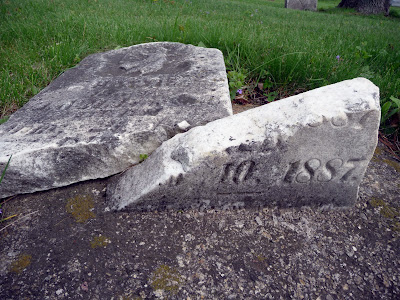 It would be nice if when the time comes, a peony would grow on my grave or even a sprig of dandelions like in this photo. 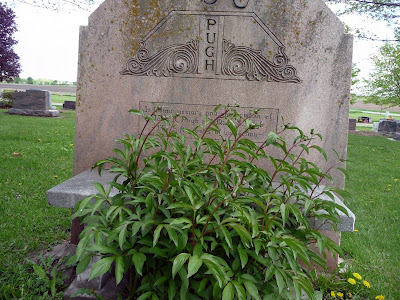 Kyle Steven Goodearle most likely would be graduating from high school this year had he lived. Oh, how his family must have grieved and their hearts probably still hurt. He was born on my birthday, April 18. 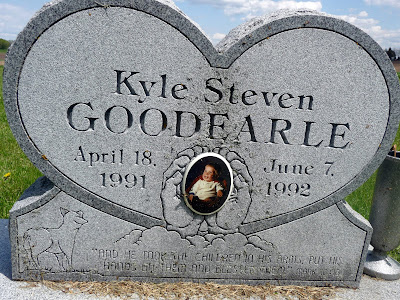 Gregory J. Hyde, was only 47 years old when he died. He was a husband and probably a father. You can't see it in the photo, but the little frog sitting at the foot of the marker says, "Born to Ride." That tells me it was a motorcycle accident that tore this family apart. 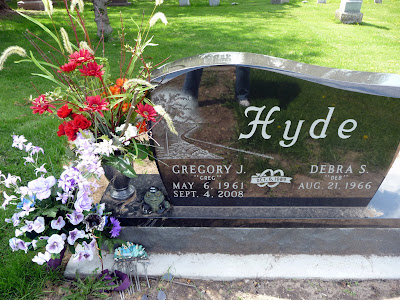 Robert F. Flanagan received a Purple Heart for being wounded while serving in the U.S. military during World War II. Someone who respects our Veterans still sees to it that an American flag flys at his gravestone. 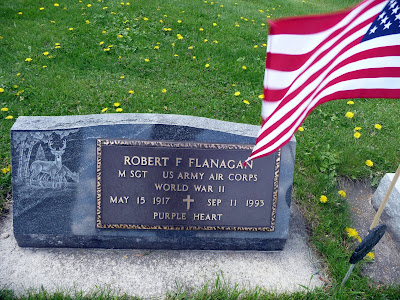 Seth H. Weed died in the Battle of the Wilderness in 1864. I was still thinking about this when we got home. The date told me the American Civil War but I wondered about this particular Battle. Wikipedia says it was fought May 5-7, 1864 in Spotsylvania County and Orange County, Virginia. The Nation was reunited in 1865 but not before 620,000 American died in the war with disease killing twice as many as those lost in battle. 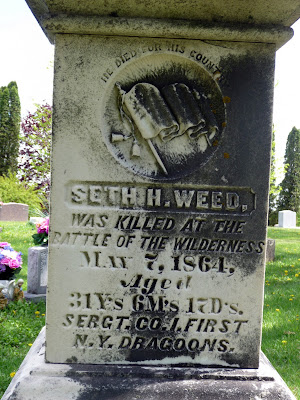