We had a Mourning Dove nest on the stones below our clothes dryer vent. The eggs hatched and these cuties lived there happily until a few days ago when they flew away. 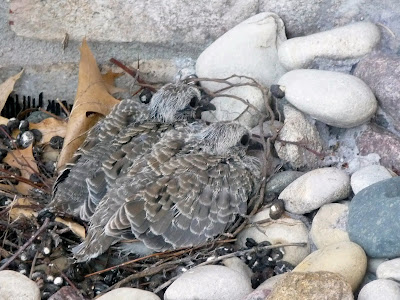 Apple orchards all around us are in bloom and that means in a few months my favorite apple will be available....Honeycrisp. We're able to buy these locally grown apples until the first of December. This photo was taken at an apple orchard owned by the Oneida Tribe of Indians and it's not far from our house. 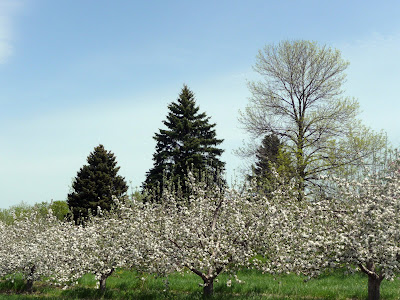 Last weekend we traveled to Wisconsin Dells with the Corvettes of the Bay. We had a caravan of 40 Corvettes and drove the country rodes all the way there, making our way through two places I'd never been before; Kettle Moraine State Forest and Horican Marsh.
Kettle Moraine State Forest is home to the 3,500-acre Scuppernong River Habitat Area, which is the largest wet prairie east of the Mississippi River.
Horican Marsh is the largest freshwater cattail marsh in the United States. It's known for the flocks of Canada geese that migrate through there, but also more than 290 kinds of birds have been seen there over the years. Due to its importance to wildlife, Horican Marsh has been designated as a "Wetland of International Importance" and a "Globally Important Bird Area."
These photos aren't particularly good, but seeing them reminds me of the fun we had. It's not easy taking pictures through the windshield while driving down bumpy roads. 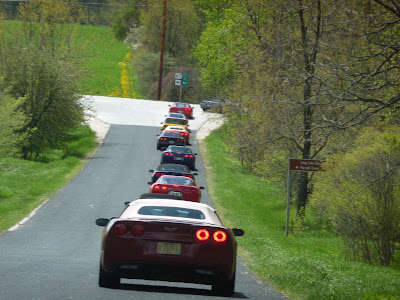