One of Life's Pleasures

Storefront sign in downtown historic Cedarburg, WI.
"I could give up chocolate, but I'm not a quitter﻿"
(Borrowed from Virtual Chocolate's Quotes) 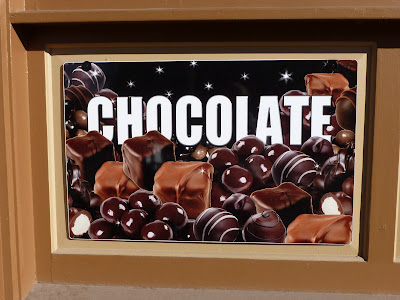 Email ThisBlogThis!Share to TwitterShare to FacebookShare to Pinterest
Labels: signs

I bought a small Aeonium Decorum at a succulent class back in April, 2011. It's a plant native to the Canary Island of La Gomera. I wasn't able to duplicate the tropics inside my house, but it did survive until the warm weather of May arrived when I put it outside in a container along with an Escheveria Princess Katena, the taller plant in the back. There's also a small donkey tail in the pot. As the temperature and sunshine increased, so did the rosey-pink edging of the leaves. It quickly became my favorite new find for 2011. 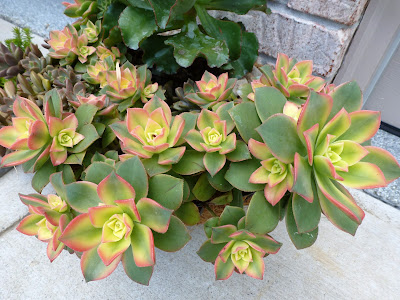 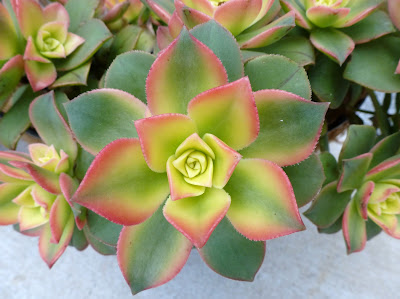 Fall arrived and the temperature started to drop. I brought it back into the house, but between our cat and the lack of bright sunshine the pretty plant started to suffer. Last week when it became clear that it wouldn't make it until May, I set it back outside to let nature take its course and it did just that. 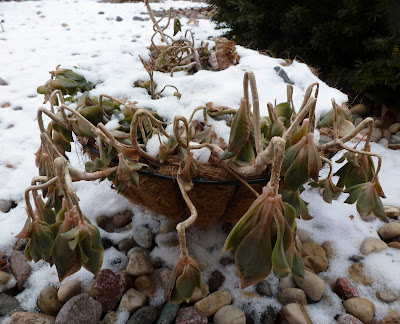 If you have an interest in succulents, here's a very "sweet" blogger who knows a lot about them and her photos are great, too. Visit Candy at Sweetstuff's Sassy Succulents.  ﻿
The Coo Coo Kid is busy with fourth grade, but still has time for fun. Here he is eating cotton candy at the Harlem Globetrotter basketball game. Everything about this child makes me happy.
﻿
My first time to upload a video to a post. Looks a little distorted, but guess I won't know until I publish it.
I hope that 2012 has been good to all of you, so far.