This Is No Joke

Today is April Fools' Day, but this is no joke. We still have ALL this snow in our yard. No, that's not a movie star in the photo. It's me standing out there wondering what happened to spring. Covered with snow and waiting to make an appearance are daffodils, muscari armeniacums, hyacinths, glory of the snow, anemones, allium, camassia quamash and crocus. 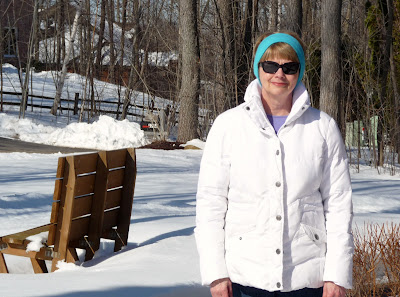 This picture of my mother was taken on March 17. It was a mild day with a light rain that was washing away the last of the snow. We were leaving the nursing home after visiting my dad when she spotted this plastic Frosty buried in a dirty snowbank. She's had a rough nine months, but still manages to smile. One week after this photo was taken, we had another 17.8 inches of snow. 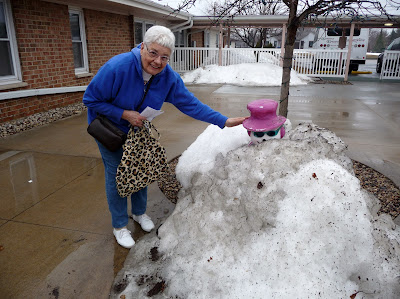 ﻿﻿﻿﻿﻿﻿﻿﻿﻿Let the mating season begin! For wild turkeys, that is. I found this male courting a hen. The males are polygamous and will form a territory with as many as five hens. The eggs are incubated for about 28 days and hopefully for the little poults the snow will be gone by then. ﻿ 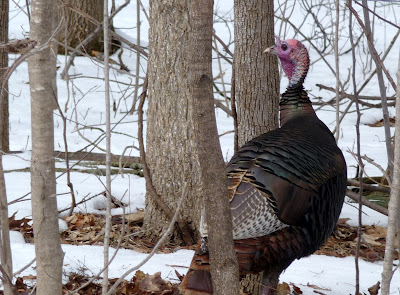 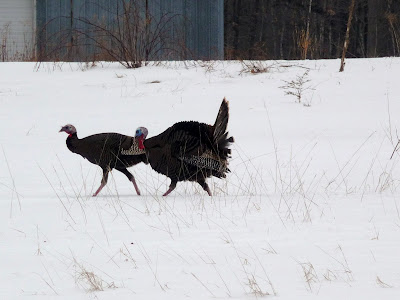 Lots of leaves.
No flower stalks.
Poor me.
What did I do wrong? 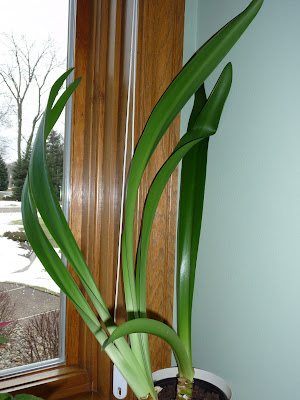