Look What I Found

Four years ago, this Butterfly Weed was planted in the "messy" bed and every year since it's come up really late in the growing season and always in a slightly different place than the previous summer. This year it wasn't until late July that I spotted it under the Russian Sage. It's a species of Milkweed and will have orange flowers from late summer into the early fall. I've always known that butterflies are attracted to it, but read recently that it's the larval food of the Queen and Monarch butterflies. 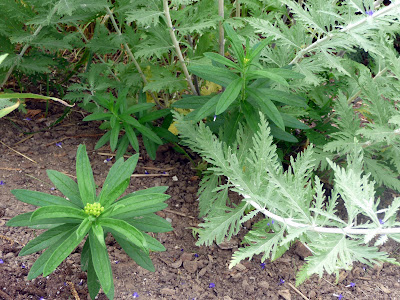 There are a few stems of Sneezeweed that the rabbits forgot to eat and those stems produced some orange ('Chelsey') and yellow ('Double Trouble') flowers that look pretty in front of the Russian Sage. 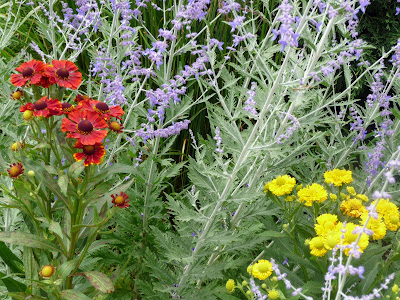 I like how Russian Sage looks in the garden this time of year, especially when it's getting plenty of sun and grows straight up. These plants were originally planted in the front yard where they had to reach for the sun and never looked pretty. I moved them to a sunnier location in the spring of 2008. There's an ornamental grass behind it that I don't know the name of but looks fabulous as we move into fall. 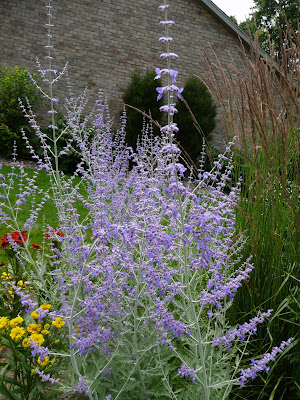 After I reading about and seeing a photo of Mallow (Malva 'Zebrina') on Marissa's blog, I found one at a local garden center and now it's planted behind the Lantana in the "messy" bed. 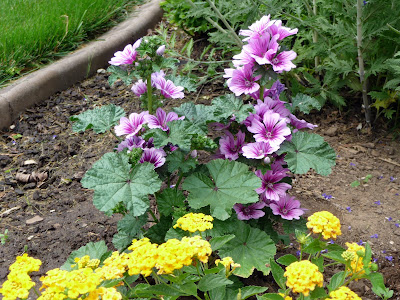 Petunias have not been planted in this bed for about five years, but every year since a few volunteers can be counted on to make an appearance and I'm always thrilled about it. 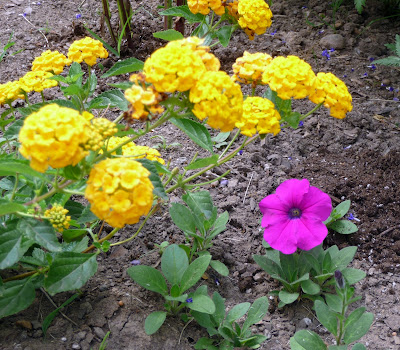 I am still unable to leave comments on many blogs including my own. Even though I'm signed into my google account, it appears that I am not and won't publish my comment. I go back to my dashboard and I AM signed in. I thought maybe it was a server problem and I was losing internet connection.....except.....that it's always the same blogs where I have the problem. Don't know if it's related, but when I'm on Facebook, I'm repeadedly having to sign in as I move from wall to profile to photos, etc.
Posted by donna